Types of Bollards and their uses 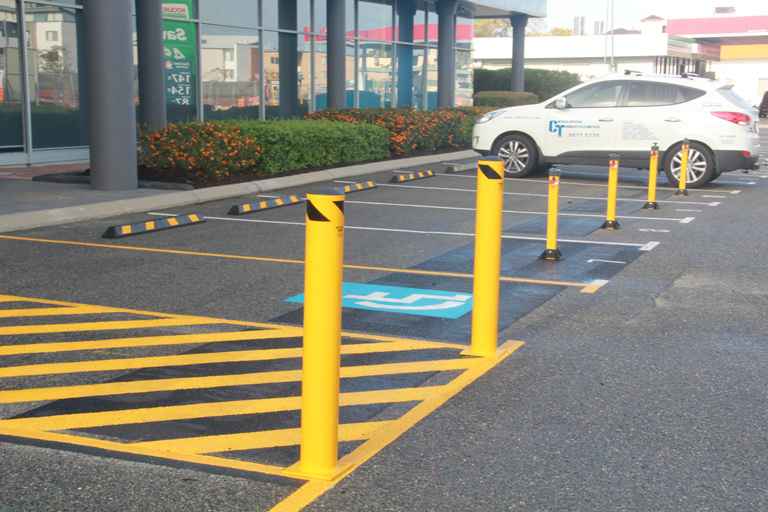 Different bollards used in our day to day lives

Well, the truth is that almost no one knows what the term bollard refers to. This occurred because bollards are sold by a select few, while only a couple of specialized companies or local municipalities make use of them. If you read the definition below, we guarantee that you will not only recognize a bollard but also its function. While the following benefits of the different types of bollards might seem too familiar to you, this is due to the fact that you have seen them for sure in your day to day routine.

What is a bollard?

A bollard represents a short post set up to establish a protective or architectural perimeter. In most cases, when it is used as a visual indicator, a bollard is meant to guide traffic and mark boundaries. Furthermore, bollards have different shapes and sizes in order to boost their visibility in certain settings.

These security bollards are constructed in such manner that they have both decorative elements to complement the landscape and resistance to absorb impact from forces. Considering their function and usage, bollards can be made from various materials, while the most common bollards are being made from metal, stone, cement or plastic.

What are bollards used for?

As mentioned above, there are two primary situations for which a bollard is required: as a decorative element and as a safety item.

When it comes to safety and security, bollards can be installed in areas meant to separate different types of traffic in order to keep pedestrians or cyclists safer. Other usages include protecting loading docks or garages from intruders, bike paths, streetscapes, cemeteries, government buildings, stadiums or golf courses.

In most cases, decorative bollards are used in areas intended only for pedestrians or parks, where they protect the wildlife or flora from damage. No matter the situation, when a bollard is in place, the message is clear: you should be careful where you walk, drive or cross, as it might be a sign of prohibited access.

So, bollards serve different purposes, while the main reason for installing a bollard remains the fact that it acts as a safety tool for both properties and people. let`s take a look at the most common types of bollards and what they are used for in order to gain a thorough understanding about these intriguing forms strategically placed all around us.

Removable bollards, also known as removable barrier posts are great for controlling access in a certain area, such as a private property. Those bollards offer owners flexibility for site entrance, while the majority of people use removable bollards in places where they want to prevent unauthorized parking.

Removable bollards are easy to use and permit users from simply unlocking, lifting or pass over them with little or no effort. Also, those bollards can be stored in other places, being free of the installation areas.

These types of bollards can mainly be seen during road construction projects, but there have been cases in which bollards were used in front of sites of building constructions, too. The scope of a construction bollard is to protect the area and the workers in it from any type of external impact, such as redirecting traffic or preventing it from entering.

These bollards are made of flexible and brightly coloured plastic, while a reflective tape is strategically placed on their surface. The proper placement for construction bollards is close to each other in order to create the illusion of a continual visual edge.

Also, visual cues for both pedestrian and traffic participants, security bollards have a slight difference when compared to construction bollards. Almost all security bollards are made out of steel, filled with concrete and decorated in such a manner that they fit the landscape that they are placed in.

Moreover, the resistance of a security bollard represents a combination between the quality of materials used to construct the bollard and the manner in which it was installed on site. The impact resistance of a bollard is dependent on the engineering required to fixate it to the ground.

Marine bollards are popularly known as mooring bollards, a crucial part of mooring systems. Simply put, it is a bollard designed as a short post meant to anchor boats to it. Depending on its intended usage, its shape and size differs.

They are designed to have a mushroom appearance that is a large diameter top so that ropes can be dropped over them and will not easily come loose. They often include a cross rod for additional security for tying the ropes.

Similar to marine bollards, the bicycle parking bollards offers hitching supports for a safe bike lock-up, usually designed in a post-and-arm shape that allows two bikes to be locked on the same bollard.

The role of a bicycle parking bollard is to prevent obstruction by creating an area specially designed for parking bikes. Also, being made from a strong material they properly support the weight of the two wheeled vehicles, while it can be designed in different shapes and sized depending on the landscape.

A fancier use for a bollard is, as you might have guessed, is for landscape improvement. They offer ambient lighting to properties, alleys, pedestrian areas or parks, while boosting visibility and marking pathways to walk on. Also, landscape bollards are considered to be an eco-friendly lighting source, as there are various options to allow them to recharge through solar energy.

Levels of impact resistance of a bollard

Besides the classification above, we can distinguish three different categories of bollards depending on their impact resistance.

First, flexible bollards are meant to protect the vehicles when they hit it, being made of polyurethane. In other words, these bollards pop back if hit, without causing serious damage to the car. Usually, you can find those bollards in parking zones, but they can also be used as lane delineators for highways or other heavy traffic areas.

Following closely, low impact bollards offer almost no stopping power to an impacting vehicle due to the fact that they feature concrete anchors and bolting to steady them.

On the other hand, high impact bollards are considered to be the best safety bollards as they are usually made from steel pipes filled with cement. These bollards are meant to withstand different crash scenarios and prevent damage to the area they protect.

This being said, there are a multitude of bollards available in the market depending on their type, usage and materials from which they are made. Choosing the correct one for your needs might be tricky, which is why we encourage you to contact your local bollard specialist to offer insight in regards to what it is best to choose or talk to one of our experts, it’s free!